The Port of Palm Beach

The Port of Palm Beach District is an independent special taxing district, a sub-division of the state of Florida. Established under the provisions of the Laws of Florida, Acts of 1915, Chapter 7081, as amended and supplemented, the Port District is located in Palm Beach County, Florida. It covers a land area of 971 square miles or approximately 50% of the county area.

The district has statutory authority to levy ad valorem millage tax but has not done so since Fiscal Year 1975. For financial year 2020, the commissioners of the Port of Palm Beach District have, for the 45th consecutive year, voted not to levy any millage to the property owners of the port district.

Operating under Florida Sunshine Laws, all monthly board meetings are open to the public. The Port District is governed by a board of five commissioners elected at large by the voters within the district. Its administration is through an executive director and professional staff.

The Port of Palm Beach is located 80 miles north of Miami and 135 miles south of Port Canaveral. The ship entrance is through an inlet channel 300 feet wide with no aerial obstructions leading into Lake Worth. Transit time is a short 20 minutes from the sea buoy to the docks, with operating drafts of drafts of minus 33 feet (MLW).

The Port of Palm Beach and its tenants combine to be one of the larger employers in Palm Beach County and is an economic engine for the county. Approximately 2,800 people are employed directly because of the port, which contributes $260 million in business revenue and $12 million in state and federal taxes. An additional 6,000 jobs are associated with the importers and exporters that use the port to ship cargo.  Over $7 billion worth of commodities moves through the port each year.

The port also handles diesel fuel, molasses, liquid asphalt, and other bulk commodities. There is also substantial tonnage involved in the movement of heavy lift and project cargos. All of this happens in a port that has only 156 acres of land.

Unlike most ports in the United States, the Port of Palm Beach is an export port, with approximately 80% of its cargo being exported, with the subsequent improvement in the balance of trade. The majority of the exported cargo goes toward supporting the island nations of the Caribbean. The Port of Palm Beach supplies 60% of everything consumed in the Bahamas and is the essential lifeline to the rest of the Caribbean.

100% of the exported raw sugar that is produced in the Glades area, almost 900,000 tons, is shipped through the Port of Palm Beach.

The Port of Palm Beach is the fourth busiest container port in Florida, and the eighteenth busiest in the continental U.S. In addition to intermodal capacity, the port is a major modal point for the shipment of bulk sugar (domestic usages), molasses, cement, utility fuels, water, produce, and breakbulk items.

The Florida East Coast Railway Company (FEC) services the docks and piers through the port’s industrial rail switching operations. We are the only port facility in south Florida operating a rail system with pier-side box, hopper, and intermodal cars operating 24 hours a day. Located on port property are 6 miles of trackage for intermodal transfers and handling.

All essential federal agencies with oversight for international trade and passenger flow are located in the Maritime Office Complex (MOC). A foreign Trade Zone (FTZ # 135) has been in operations since 1987. It encompasses several port and private sector sites.

The port district views its mission as a proactive endeavor in the regional international trade community. Port users are encouraged to maximize the total infrastructure capabilities of the port district.

The Board of Commissioners and the management team have addressed the marketability as well as the implementation of projects needed to bring the port into the 21st century of port technology facilitating the export / import of goods from the county, region, and state. 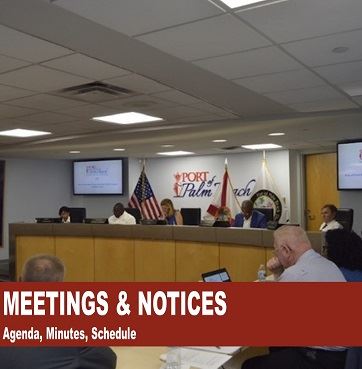 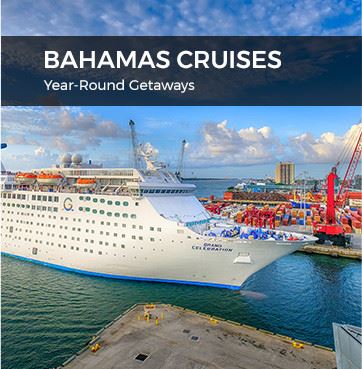 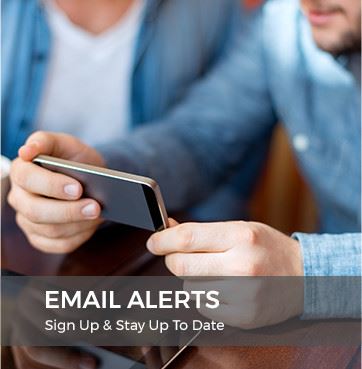